This paper uses social media data to provide a quantitative interpretation of the results of the Five Star Movement (M5S) in the 2018 Italian general election.

The dominant reading of the M5S unprecedented success (33% at the national level) sees unemployment as the prominent explanatory factor. This interpretation is motivated by two elements: first, the M5S results in the southern regions, where unemployment is significantly higher, have been up to 20 percentage points higher than in the northern regions (see Figure 1), and, second, the introduction of a form of guaranteed minimum income was the flagship campaign proposal of the M5S. Nevertheless, this interpretation suffers from a common asymmetry in the availability of geographically granular data describing the electorate. Economic variables, in this case, the unemployment rate, are identified as the main explanatory variables possibly because variables describing other social domains (such as participation) are not available to researchers. The popularisation of social media platforms and the digital traces they insatiably collect can be leveraged to reduce this data gap. 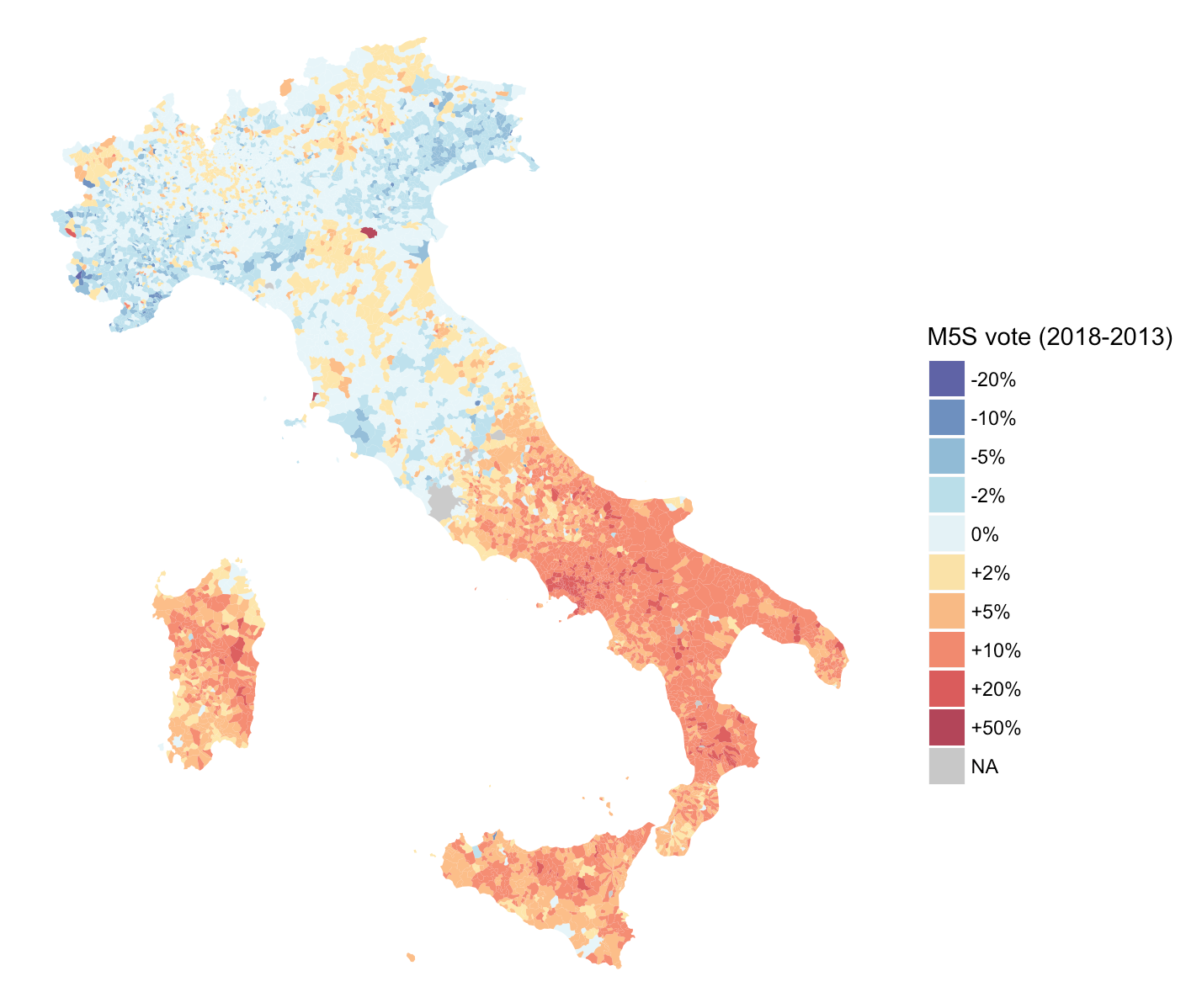 In this paper, I use spatiotemporal data collected from Meetup.com to test with a multivariate analysis whether patterns of local participation show a correlation with the electoral results. The Five Star Movement has been using Meetup.com to allow the decentralised organisation of local meetings since 2005. The public API of Meetup.com offers detailed information on meetings. I use the density of meetings in the three months preceding the election in the vicinity of about 8,000 geographic areas as an explanatory variable for the local electoral result of the M5S (see Figure 2). Results indicate that, in the South - where the M5S support has dramatically increased since the last general election  - if the presence of meetings in the area is significantly (and positively) associated with local electoral support for the M5S, unemployment is not. 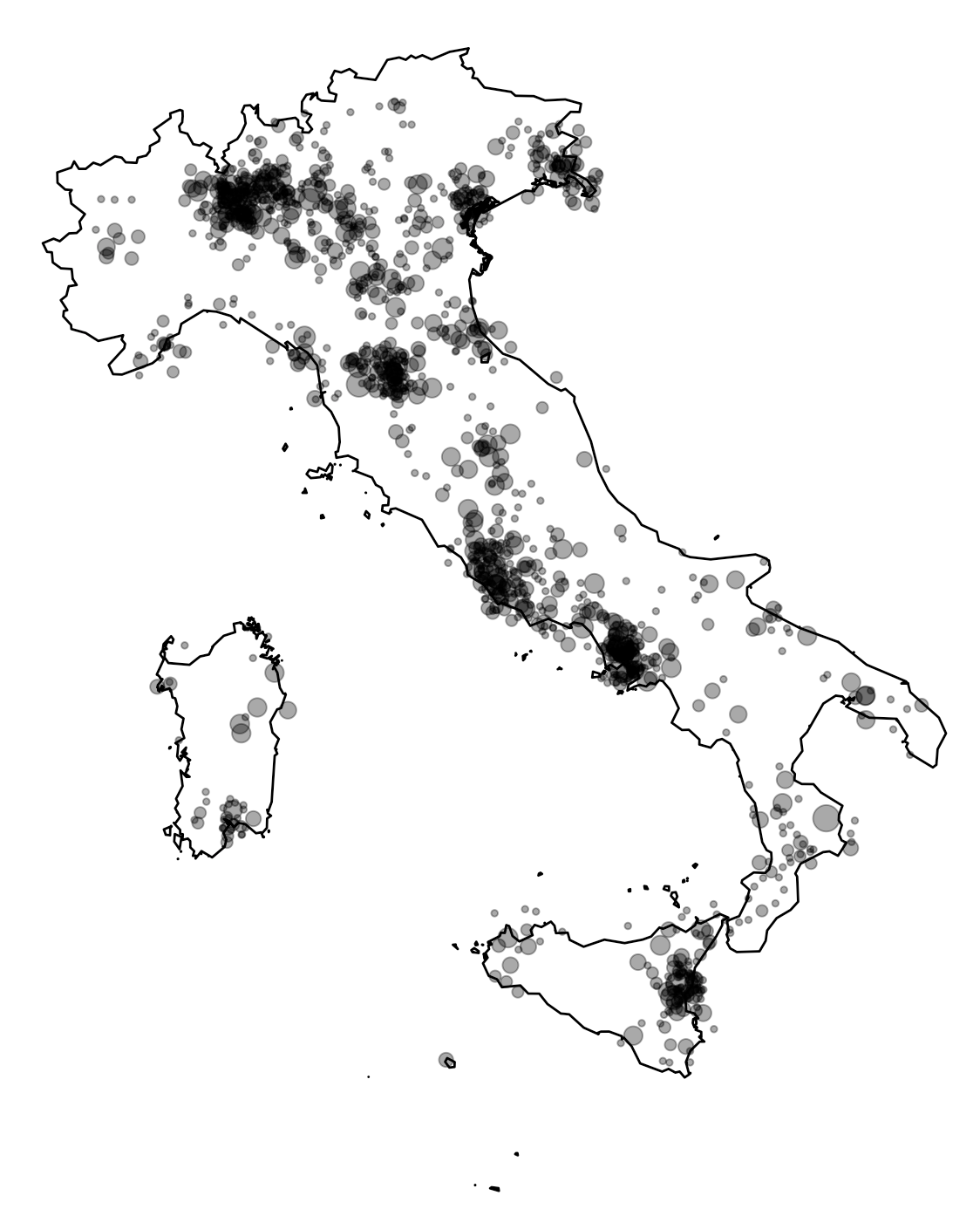 My multivariate analysis raises interesting questions on the role of local (that is, onsite) participation in the age of Internet-mediated communication. Why does local participation still matter? I conclude the paper by arguing that local groups of political activists should not be intended as directly causing a stronger than average electoral support. Instead, I argue that local and direct participation in the M5S loose network of meetups is a proxy variable for distrust towards traditional (social, economic and political) institutions, which is especially strong in the South.

The results provide support for the necessity to also explore the role of dimensions other than economic to explain large-scale societal trends. Social media platforms are a repository of datasets that provide a detailed map of the relations among users (that is, social actors) and between users and the territory they inhabit. Not only these datasets are of great individual value, but they might also improve multivariate analyses by possibly scaling down the importance of economic factors as determinants of social outcomes.